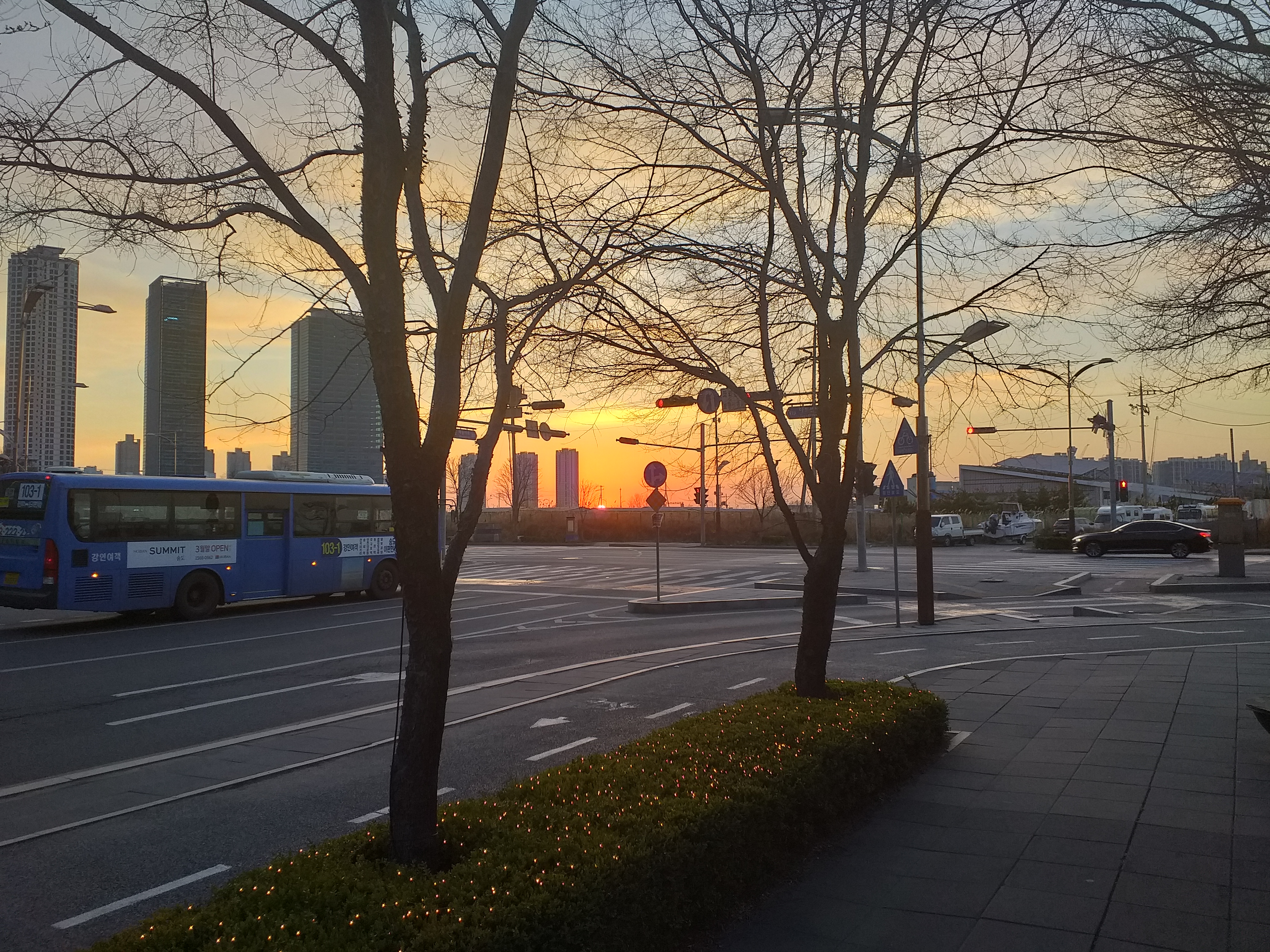 I’m participating in a United Nations Framework Convention on Climate Change (UNFCCC) sponsored event in Song-do, South Korea this week. As part of a larger event on Adaptation to Climate Change, this Resilience Frontiers event, is a five day futuring exercise with nearly 100 participants. The largest such event that I’ve attended.

The purpose of this ‘collective intelligence’ exercise is to intentionally move people into a more ‘creative zone’ with the aim of surfacing ‘transformative’ and ‘disruptive’ ideas. Ideas which usually get little ‘air time’ in traditional meeting formats, where only the most urgent topics of the day — not what might occur in the future — get attention.

The opening session introduced a couple new ideas (at least new to me). The first, following on from the term Anthropocene (new name for the current geological era, following on from the Holocene), is Homo symbiont — the potential next step in Human evolution from Homo sapiens. I’m still piecing this concept together in my mind, but it led me to another term used in the futuring community — Transhumanism. Wow. Who knew this was a ‘thing’?

The second, less controversial label is ‘4th Industrial Revolution’, also referred to as ‘Industry 4.0’. The techradar had a good explanation “The first industrial revolution saw Britain move from farming to factory production in the 19th Century. The second spanned the period from the 1850s to World War I and began with the introduction of steel, culminating in the early electrification of factories and the first spouts of mass production. Finally, the third industrial revolution refers to the change from analogue, mechanical, and electronic technology to digital technology that took place from the late 1950s to the late 1970s.”

“The fourth, then, is the move towards digitisation. Industry 4.0 will use the Internet of Things and cyber-physical systems such as sensors having the ability to collect data that can be used by manufacturers and producers. Secondly, the advancements in big data and powerful analytics means that systems can trawl through the huge sets of data and produce insights that can be acted upon quickly. Thirdly, the communications infrastructure backing this up is secure enough to be used by heavy industries” (Mike Moore, 24 April 2018).

We broke into groups of 8 or 9 people to look at some of the technology drivers that will impact our ability to adapt to future climate change:

I had another quick look at Emergent Drivers From Public Health Dorset’s ShapingTomorrow site. Shaping Tomorrow uses AI it calls Athena to research emerging drivers and some of those drivers are: Industry 4.0, Artificial Intelligence, Digitalization, IoT, Blockchain, Drones, Augmented Reality, Cryptocurrencies, Sensors, 5G and 6G, Robotics, Quantum Computing, Data. A range of topics that is impossible to comprehensively discuss in a couple hours! An intensity-tipping point chart, below, represents relative signal strength. I talked about the intensity-tipping point visualization in a previous blog, but, in brief, drivers in the bottom left are coming soon and the chatter is relatively intense, whereas those in the top-right of the chart are a long way out and it is a weak signal. 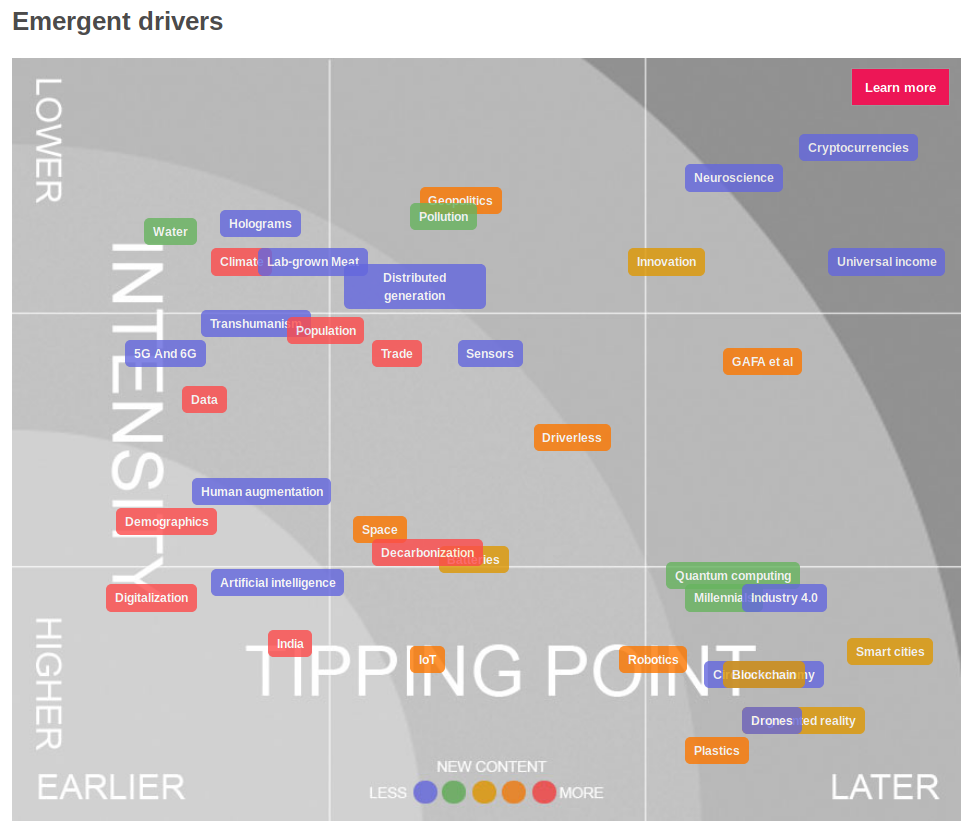 The final session today focused on cross-cutting topics: Food, Water, Health, Nature, and Human Security. Topics that I regularly scan for because of their impact on the future of health and wellbeing. I have slightly different [labels] and maybe a slightly different focus in my horizon scanning, but the overlap is significant. My ‘Our Challenges’ chart and recent strategic insights generated by Athena are appended below. Athena judges that Health and Care Services drivers are landing sooner and the signal is more intense that Urban Greenspace, for example.

Urban greenspace is recognised as one of the most important health and wellbeing components of the built environment.