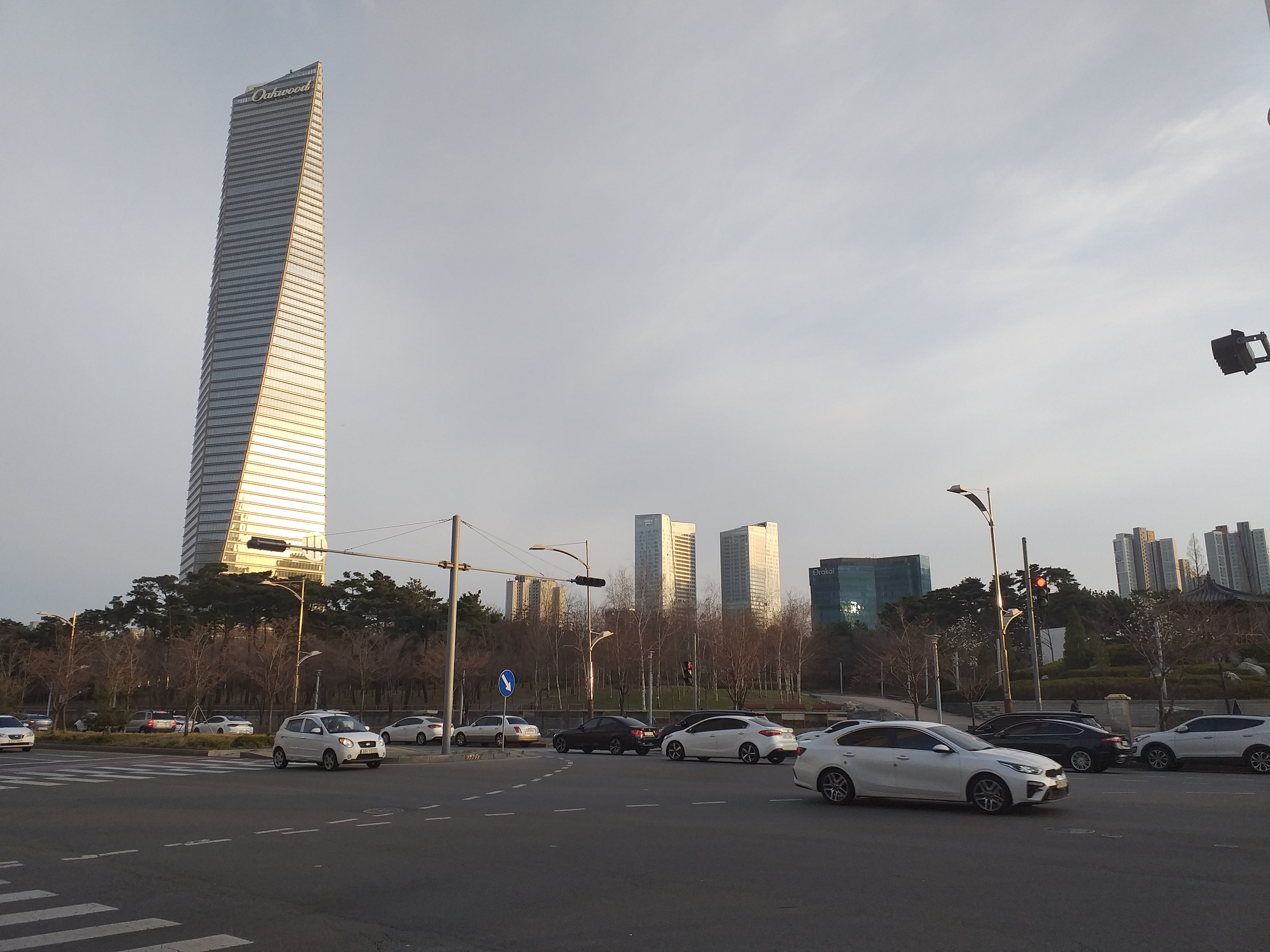 “Never doubt that a small group of thoughtful, committed citizens can change the world; indeed, it’s the only thing that ever has.”
Margret Mead

We had a very brief introduction to ‘strange futures’ and what it was all about, but without detailed information, just a few hints about what we were trying to do just to keep it all a ‘bit loose’ (my interpretation). I think this was in order not to constrain everyone into thinking the same way, so about mid-way, we got some hints about what we were trying to achieve:

Yes, I know. That’s what I and most others thought too (although the Millennials in the room were quite excited by the idea, so I hid my grumpiness, as best I could, and focused on how to win this silly game.)

Turns out that in some quarters these are known as ‘serious games’, played by bankers and the military (although, I bet the two groups do NOT play together).

I immediately thought it’d be more fun if the Army was in the room now!

We were given statements to choose from based on the re-framing work we did yesterday. Our first statement we chose was, “a shared global mindset for sustainable development is possible by 2030” (see image below).

Fat chance (first thought, but apparently that’s not how you play this game!).

So the next person to go, me, puts down a challenging argument: I said that this is unlikely to happen (yeah, fat chance, second thought), because we will be facing potential conflicts over resource scarcity! In other words, we were unlikely to gather in a global hand-holding session and be able to agree on anything, because we’d likely to be at war with each other.

Only one member of the group argued to support my statement (he hails from troubled Central America), everyone else (from climate science, corporate sustainability, an architect, sustainability NGOs, medicine, futuring – basically all that is good in the world, except maybe the second one…:-)  put forward very articulate reasons why conflict was not likely and world peace and fluffy bunnies were definitely on the 2030 horizon.

Soundly thrashed by chirpy do gooders, I ran up the white flag. We pulled across another starting statement and the next round of the game had begun (and despite my thrashing, I was winning! You really do have to suspend disbelief sometimes!).

The other statements we worked on for the next 2, 3 or 6 hours (who knows how long we went on for…we were jet lagged, there were no windows in our very large ball-room setting!) included:

Some of these statements produced a couple counter statements — all generated many challenges and upgrading statements. There were some tokens and other bits and pieces involved, but they weren’t apparently the focus and even though I had the most tokens at the end of the game, I didn’t win. No one won. There was some complex explanation that was unassailable in its logic, but my jet lagged brain could not absorb it. But doesn’t this sound like a UN game or what?

Oddly this ‘game’ worked. Yes it did. I admit it.

It provided a very focused and balanced conversation (at least in the sense that neither I nor anyone else could dominate the discussion — frustrating at times, because clearly I had all the answers!) and we had no idea where it was taking us. It honestly didn’t seem like 3 hours. It was quite engaging. 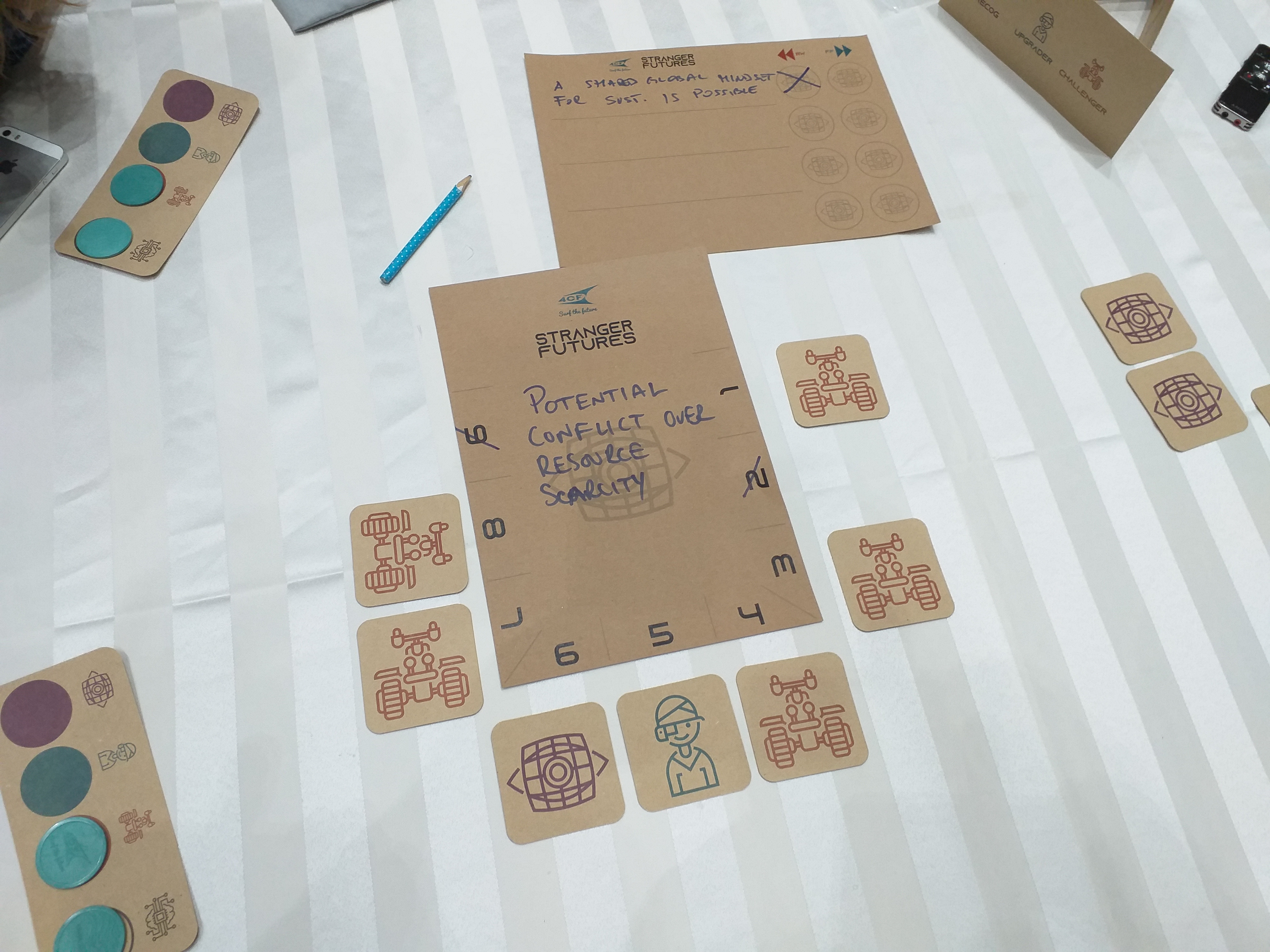 And then we had a mandatory ‘cross-fertilization’ session (cue agricultural jokes).

One participant expressed some disquiet about about games, which just wasn’t their thing — they appreciated the futuring method, but needed to move onto something concrete now (I am paraphrasing), like meeting up with other participants and building useful networks, which we then proceeded to do for the next hour. One sound take away point that this participant made, and I will emphasize here, was to speculate about whether we will take something useful away from this meeting — to make the investment of 5 very long jet lagged days worthwhile. We’ll know on Friday. Maybe.

People around the workshop room (which is akin to an aircraft hanger for 747 jumbo jets, but with nicer carpets) offered up thoughts, suggested topics that they would further like to discuss with others. I suggested that I’d be keen to talk to anyone with an interest in environmental microbiomes (that’s a surprise, eh?), because this is _the_ disruptive technology area going forward. Crickets. Blank stares. News of microbiome science may not yet have reached the international climate change adaptation community as of yet! All kidding aside, four of us did have a good microbiome discussion over lunch.

Then we ate from exquisite Korean Bento box thingos with indescribable, but incredibly tasty contents.

The final session was to identify any questions that might need answering in each group should some of the strange futures come to pass. So we quickly brainstormed a dozen or so questions — the easy part (see below). By this time, we were right into the groove of strange disrupted thinking. Or maybe just discombobulated. Hard to tell by 5 pm. 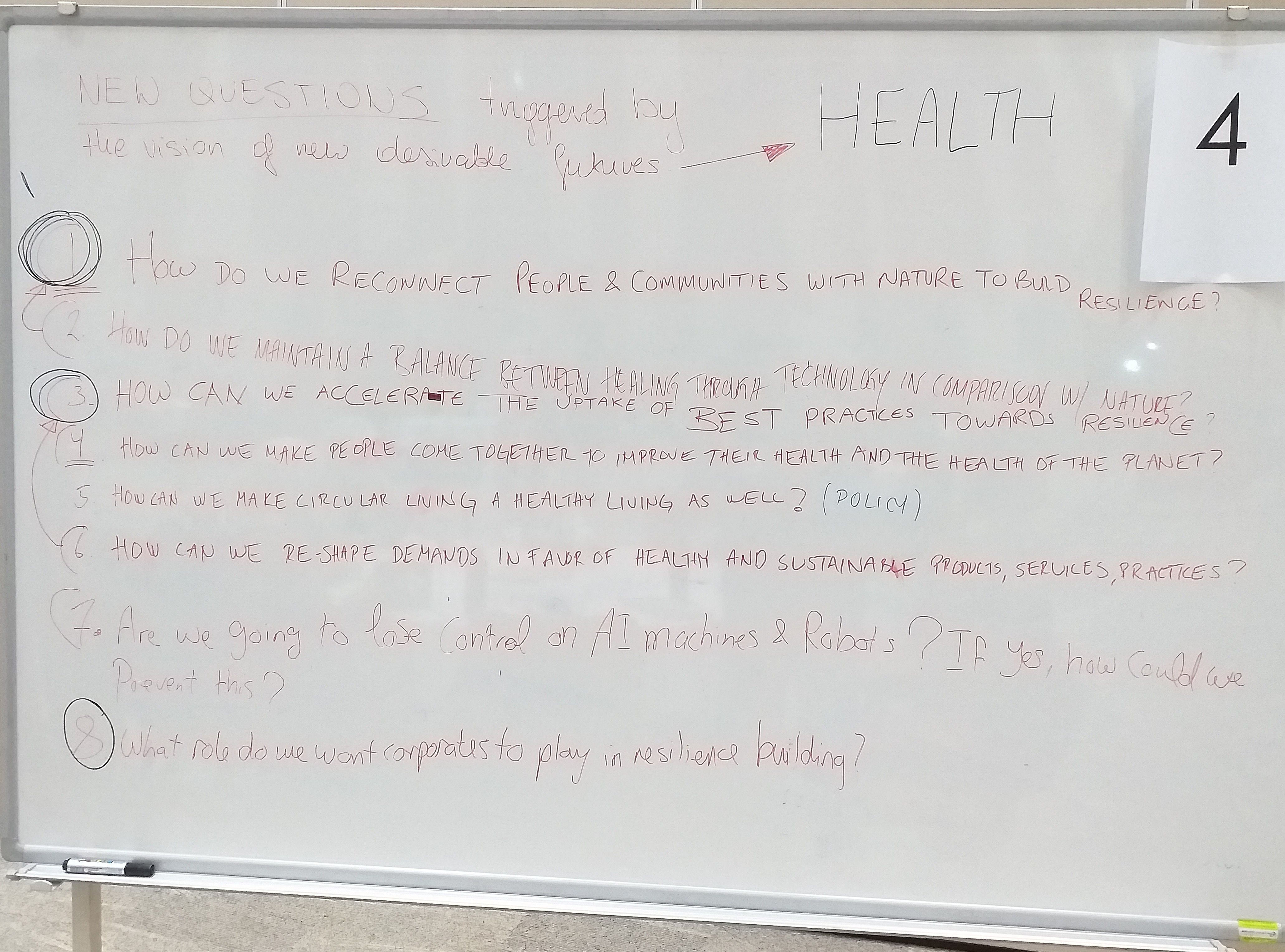 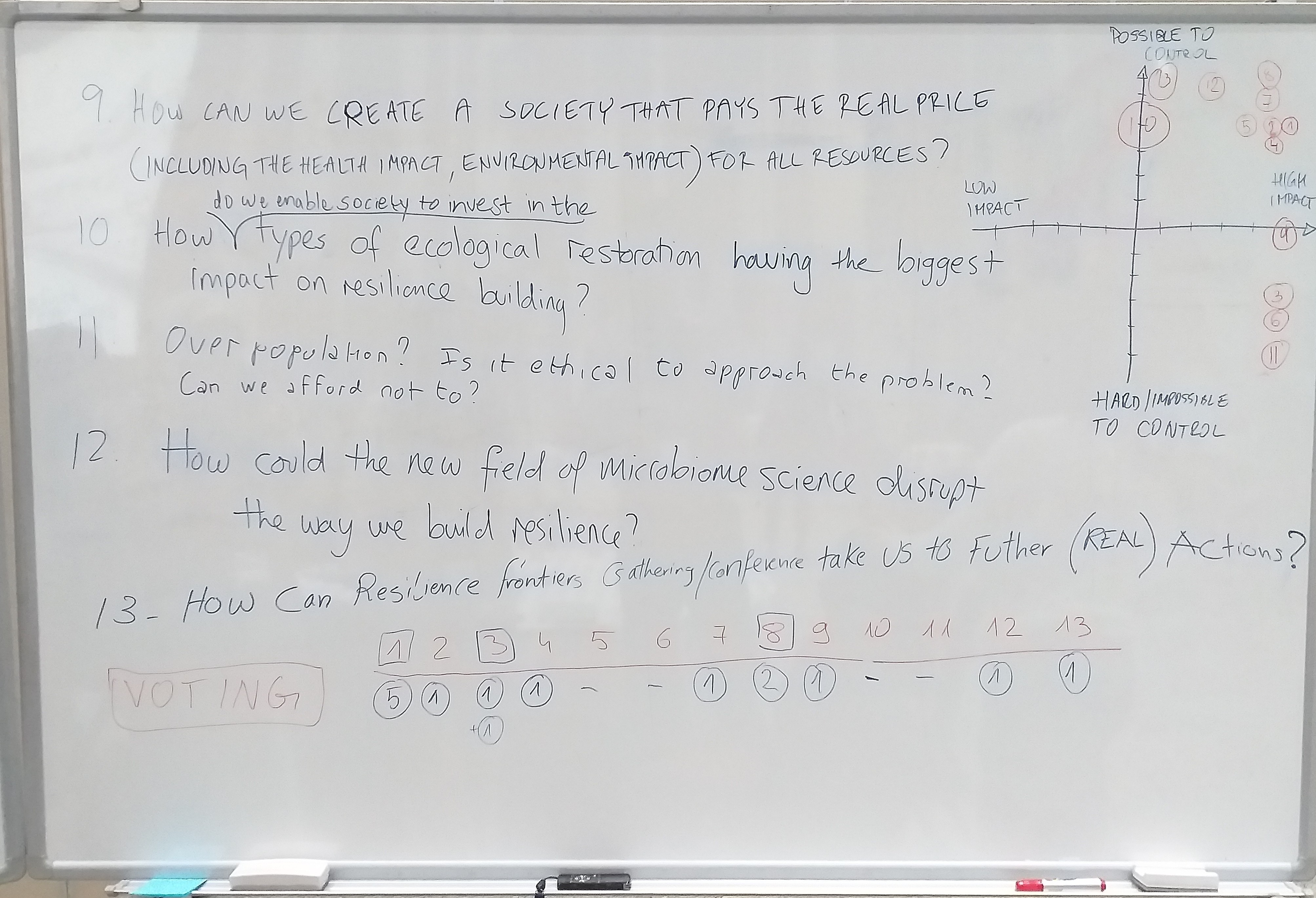 We used the chart below to try and provide some structure around our thinking. What might lead to high impact and might be easier to control (i.e. what might be more worthwhile pursuing).

After this we voted on each of the questions that we had already individually (to avoid as much group think as possible) determined were our favorites. 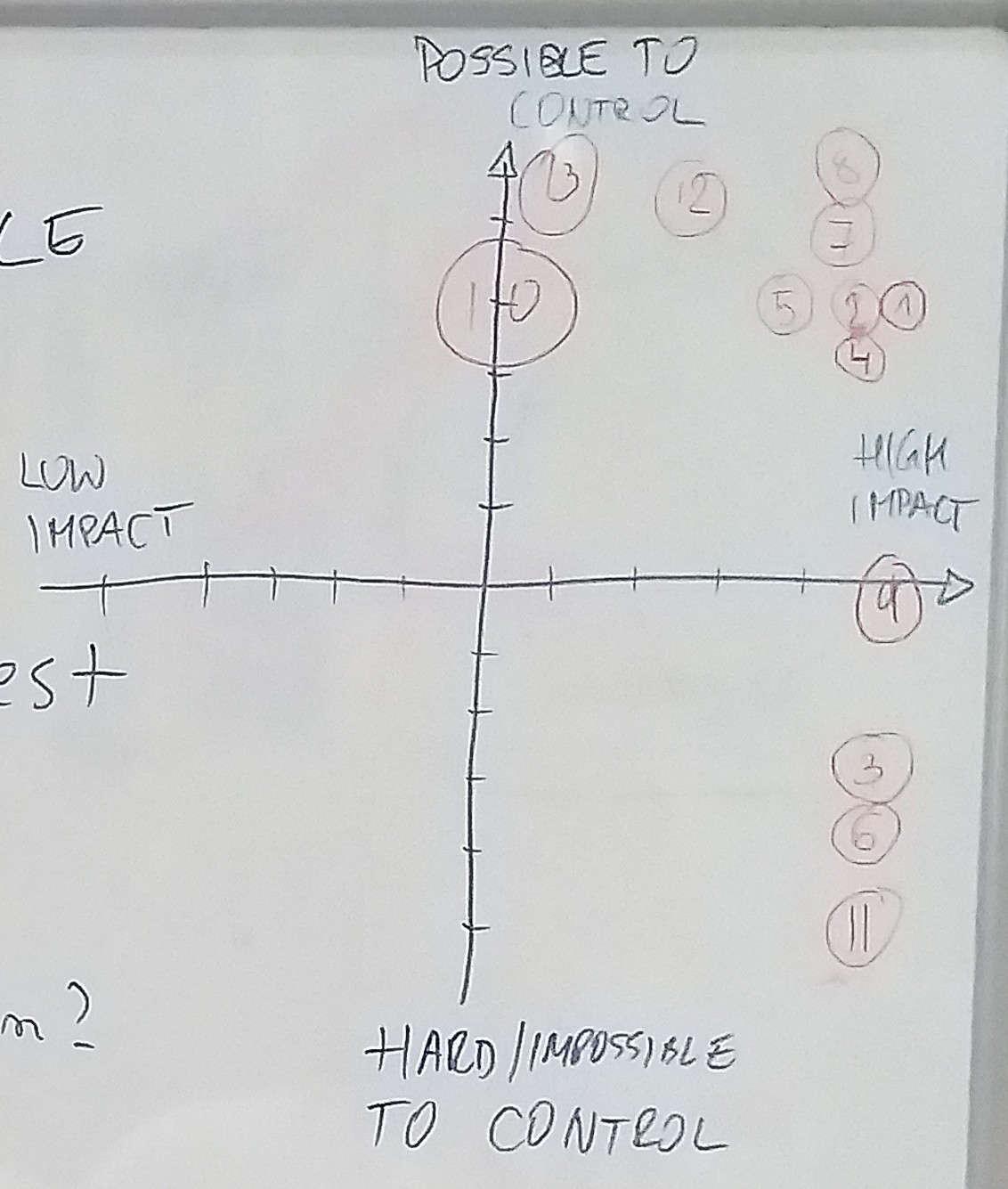 So the first two questions revolve around our thinking that it is a disconnection from nature that has allowed environmental degradation on the scale of global climate change to happen in the first place and also the wider determinants, particularly where nature is concerned, that need to be invested in in order to turn things around. We thought this was synergistic with the identified need to restore ecosystems in order to make communities more resilient to climate change stresses.

Our final question derived from an assumption that we’d probably be stuck with the same economic system in 2030 so we would need to involve corporate entities in building resilience across communities, because they were too involved in every day life not to be pulling in the same direction. I’m not sure it’s possible, something needs to change if we are to get over their ‘conflict of interest’ hurdle when it comes to profit vs what the community most needs. Nonetheless. Something to think about. And think we did.

The final final session for the day lasted for ever, but at least were standing while each group explained, in front of their white boards, what they were on about.

Head on fire by the end of it. Wonder what I’ll be thinking by Day 4.